We took your feedback into account, had another IRC sprint session and came up with something we’re all pretty happy with: 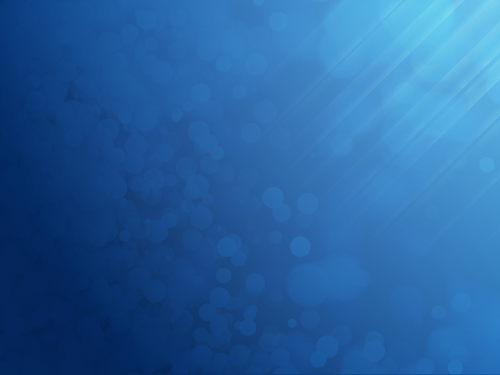 Super-special thanks go to Rex Dieter, Martin Sourada, and Ian Weller for getting these packaged on time and helping out!

The artwork was inspired by the codename of Fedora 12, “Constantine,” who brought order from the chaos of the old Roman empire as he is credited with the foundation of the Byzantine Empire. We played around with visually representing order from chaos, first by representing order as ’tiles’ and chaos as ‘clouds’ interacting with one another, but in this last set of wallpaper sprints resulted in the order being represented by light and chaos as scattered translucent circles. In between these solutions, one visual representation that was considered was water droplets (chaos) vs a stream of water (order).

Yes, I can see your eyes are glazing over and your head is starting to droop to the side. All right then, let’s just say it just looks cool and is blue! 🙂

I really hope you enjoy this new wallpaper. I know it’s not animated like Fedora 8’s was – we need to plan that into the schedule better. The animated variants completely slipped my mind when we planned the F12 schedule with John Poelstra so we’ll have to remember that for F13. Psssst! If you are interested in hacking on some animated Fedora 12 wallpapers to go into F12 post-GA please talk to me or contact the design team list at design-team at lists dot fedoraproject dot org. It could be a great opportunity for you to get started with the Fedora Design team; we’ll help you learn how the animated wallpapers work (they’re really not tough at all) and help you get them packaged.

Speaking of F13, a couple things I would love to hear your suggestions on regarding the F13 theme artwork process:

For #1, I have a few random ideas. I really liked how we did live sprints in IRC to get the wallpapers done. The one thing that scares me about wallpapers, as someone who’s worked on them several times in the past, is that they quickly become a huge time suck and you may never end up satisfying folks no matter how much time you invest. We went through well over 82 mockups to arrive at the design we settled on. We could have easily taken up more time. I don’t think we have the resources to spend that much design team time.We couldplan some live sprint sessions in IRC, and ensure that at least 3-4 key design team members can be present at each session (maybe switching up the times so different design team members can participate). There could be a sprint session per wallpaper milestone, and we have to live with the result of that sprint after it. Honestly, we were arriving at designs we thought would probably be fine as a wallpaper in the 30’s, but kept going towards the 80’s because we really wanted something we didn’t feel like we rushed too much on. So I don’t think saying – ‘get it done in this time period and at the end, live with it’ means that we’ll live with crappy wallpapers. I think it just means, we all have other things we need to work on, and noodling on wallpapers will suck up every piece of free time you give it! Wallpapers are never really “done,” perhaps…

For #2, I just don’t know. I think the tie to the release codename is cool, and I’m not sure how we’d come up with a theme otherwise. We used to have a voting process, but that divided the team’s efforts – right when we should be working together, we ended up working against each other, and we had many people feeling like ‘losers’ in a competition. I would like to see us working more as a team, together. Maybe the Fedora Design team could do a brainstorming session for that. Take idea submissions from across the Fedora Community, and then the design team will meet and decide on which proposal we feel most excited about developing.

Anyway, I hope this post is met with delight and not groans…. but let us know about the groans (be productive though! Check out my little “How to Provide Helpful Critique” guide here) so we can adjust accordingly for F13. We’re always trying to improve the process – this is our first Fedora release we’ve had artwork drafts in the alpha! – so just let us know!

Máirín is a principal interaction designer at Red Hat. She is passionate about software freedom and free & open source tools, particularly in the creative domain: her favorite application is Inkscape. You can read more from Máirín on her blog at blog.linuxgrrl.com.
View all posts by Máirín Duffy »
« F12 Wallpaper Sprinting
Unpackaged Open Font of the Week: Bola »